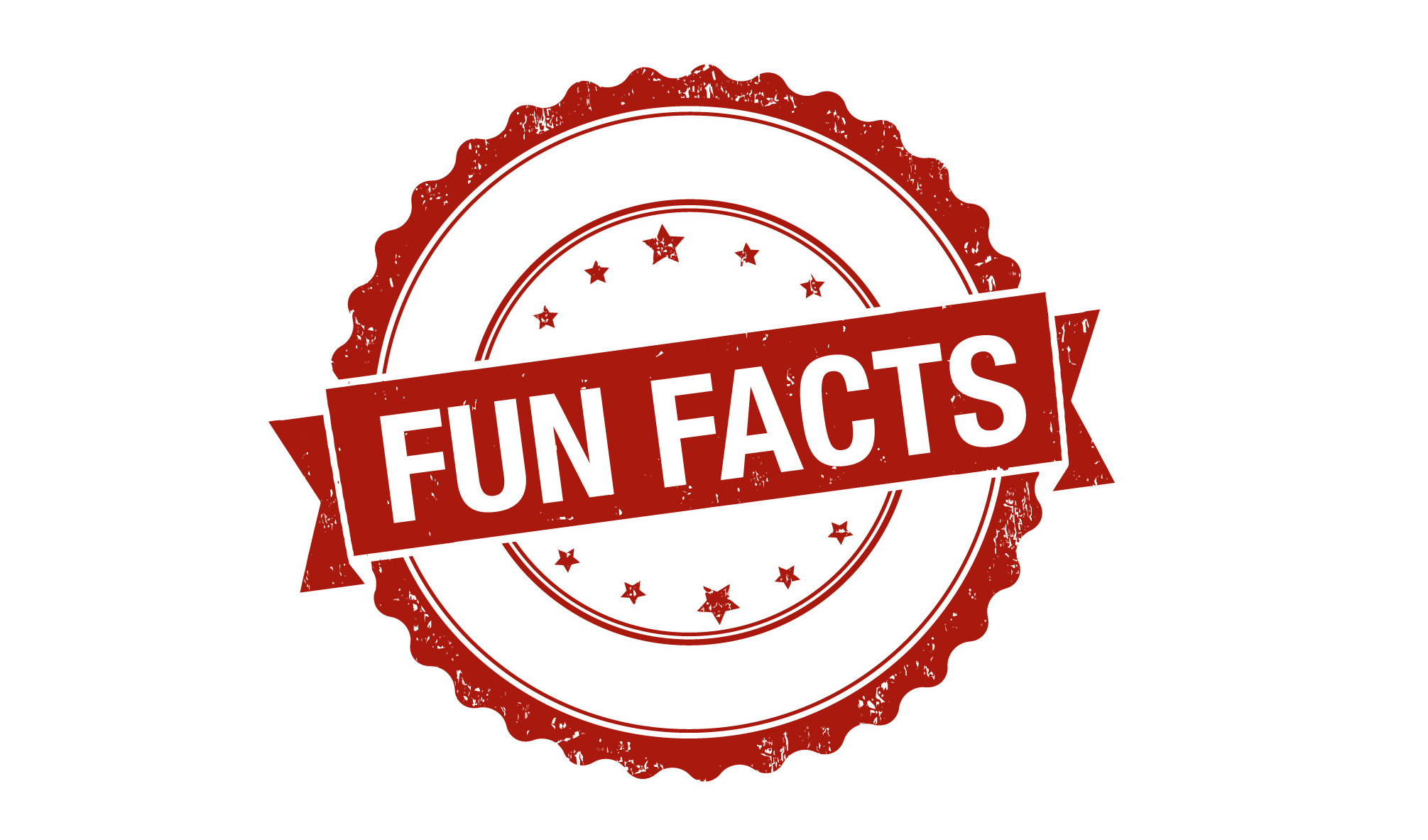 A new born kangaroo is small enough to fit in teaspoon.

The slowest fish is seahorse.

Teeth are the strongest substance in the body.

In equal quantity a lemon has more sugar than a strowberry.

Hitler was voted Time's magazines man of the year 1938.

The film Titanic cost more than the Titanic itself.

Pigs can get a sun tan.

Q is the only letter in the alphabet that does not appear in the name of any of the United States.

Apples are more efficient than caffeine in keeping people awake in the mornings.

The Nobel Peace Prize medal depicts three naked men with their hands on each other's shoulders.

The province of Alberta, Canada is completely free of rats.

Chicago is closer to Moscow than it is to Rio de Janeiro.

An iguana can stay under water for twenty-eight minutes.

As an adult, you have more than 20 square feet of skin on your body - about the same square footage as a blanket for a queen-sized bed.

Antarctica is the only continent without reptiles or snakes.

The hottest planet in the solar system is Venus, with an estimated surface temperature of 462 C.

Our eyes are always the same size from birth, but our nose and ears never stop growing.

There are only three types of snakes on the island of Tasmania and all three are deadly poisonous.

85% of men say they like to leave the light on while having a sex.

The chameleon has a tongue that is one and a half times the length of its body.

Newborn babies are given to the wrong mother in the hospital 12 times a day worldwide.

Only humans sleep on their backs.

There once was a town named "6" in West Virginia.

Giraffes are unable to cough.

There are more cars in Southern California than there are cows in India.

On average, 40% of a hotel rooms in the United States remain empty every night.

Hydrogen is the most abundant element in the Universe (75%).

Cats have over one hundred vocal sounds, while dogs only have about ten.

A snail can sleep for three years.

Most dust particles in your house are made from death skin.

On average, elephants sleep about 2 hours per day.

A giraffe's neck contains the same number of vertebrae as a human.

There are more chickens than people in the world.

Some ribbon worms will eat themselves if they can't find any food.

If you were to spell out numbers, you would have to go until 1000 until you would find the letter "A".

Albert Einstein never knew how to drive a car.

The youngest pope was 11 years old.

There are over 58 million dogs in the US.

The moon is one million times drier then the Gobi Desert.

An average American will spend an average of 6 months during his lifetime waiting at red lights.

Almost half the newspaper in the world are published in the United States and Canada.

"Go" is the shortest complete sentence in the English language.

The only letter not appearing on the Periodic Table is the letter "J".

There are no clocks in Las Vegas casinos.